A powerflush is a process designed to removing sludge and limescale from the central heating system using a high pressured Kamco pump and Sentinel chemicals which once finished with are harmless to the environment, completely non-toxic and biodegradable. Powerflushing is proven to be the fastest and most effective way to flush heating systems, and involves minimal disruption and dismantling.

How do I know if I need a Powerflush?

If a system has one or more of the following symptoms it may need powerflushing before the symptoms get worse;

What are the benefits of Powerflushing? 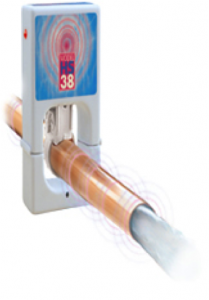 London and Surrey are particularly bad for scale build up which most people will have noticed in their kettles.

We believe in helping our customer’s appliances and systems last longer with better efficiency so at Moorhouse Heating and Plumbing we fit Hydroflow HS38 scale reducers.

The Hydroflow HS38 is the domestic model for the average two to four bedroom sized home. Fitting a HS38 protects the boiler, pipes, pumps and appliances from limescale build-up and removes the existing limescale too. The HS38 fits around the pipe, is suitable for all types of pipe material, and works independent of flow rate. This model also protects light commercial appliances like solar hot water panels, ice making machines, and tea urns.

A link to a video on how the Hydroflow HS38 works… http://www.youtube.com/watch?v=259155owKLs&feature=player_embedded

Carbon monoxide (CO) is a colourless, odourless, tasteless, poisonous gas produced by incomplete burning of carbon-based fuels, including gas, oil, wood and coal. Carbon-based fuels are safe to use. It is only when the fuel does not burn properly that excess CO is produced, which is poisonous. When CO enters the body, it prevents the blood from bringing oxygen to cells, tissues, and organs.

You can’t see it, taste it or smell it but CO can kill quickly without warning. According to the HSE statistics every year around 15 people die from CO poisoning caused by gas appliances and flues that have not been properly installed, maintained or that are poorly ventilated. Levels that do not kill can cause serious harm to health if breathed in over a long period. In extreme cases paralysis and brain damage can be caused as a result of prolonged exposure to CO. Increasing public understanding of the risks of CO poisoning and taking sensible precautions could dramatically reduce this risk.

There are signs that you can look out for which indicate incomplete combustion is occurring and may result in the production of CO;

Early symptoms of carbon monoxide (CO) poisoning can mimic many common ailments and may easily be confused with food poisoning, viral infections, flu or simple tiredness. Symptoms to look out for include:

Moorhouse Heating and Plumbing highly recommend that every home with a gas burning appliance should have a carbon monoxide alarm. It is the best way to protect the occupants from the danger of CO poisoning along with regular gas safety checks on gas appliances.

We offer a carbon monoxide fitting service. We even fit them for free if we’re at the property already, for example, completing a service on the boiler.